A Craftsman Dedicated to Showcasing the Beauty of Hawaii 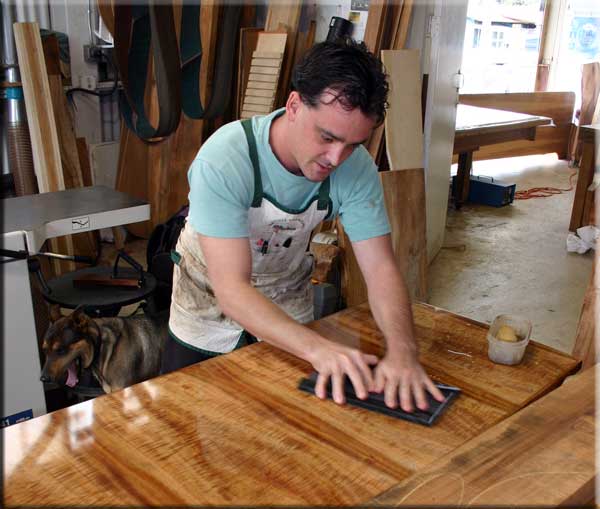 Robert Lippoth specializes in creating astoundingly beautiful custom koa wood furniture. Since 1998, Robert has worked from his woodshop on the pristine island of Maui Hawaii. The koa wood furniture he creates is made from endemic and indigenous wood species found in Hawaii.

As a skilled craftsman, he believes in using only the best grade curly koa wood and local Hawaiian wood

His signature style mimics flowing lines, tapers, and curves found in nature. As a result of careful attention to detail and hard work, Robert is known for creating heirloom-quality koa wood furniture that reflects the awe-inspiring colors, harmony, and beauty of the Hawaiian islands.

Robert has a Bachelor of Fine Arts degree in Woodworking and Furniture Design from Rochester Institute of Technology in New York. His expertise also includes Interior Design and Architectural Millwork. 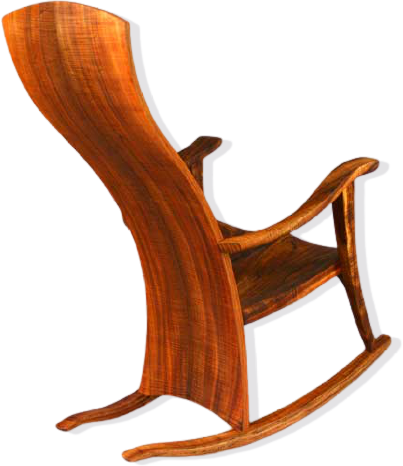 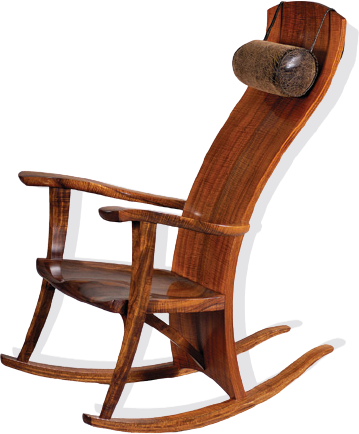 Less is indeed more at Design Emphasis '98 where the best of 170 projects became Award Winners. 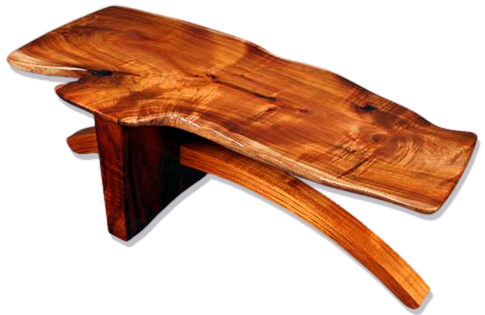 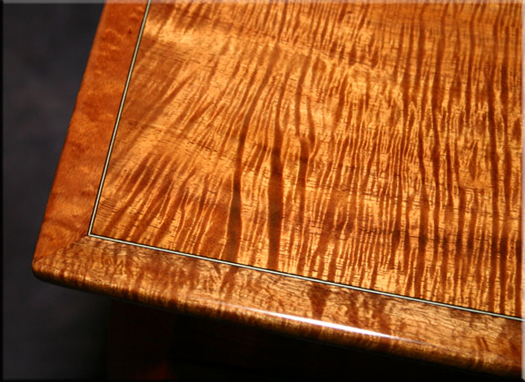 Fine custom koa wood furniture and Hawaiian woodwork fulfill the needs and tastes of the client. It gives the collector a chance to participate in the design of an heirloom. This is a very satisfying and fulfilling experience. Studio furniture is a different world, we rarely do repeat pieces. Each piece is unique and one of a kind. In my shop, I produce extremely high-quality koa furniture and sculpture.

Every detail is extensively designed

Choosing the best grade koa wood and local Hawaiian woods requires searching all available sources for the finest koa wood made by the local Hawaiian forests. Hand selecting each koa wood piece takes time and patience. I find this is an important step to designing a piece that matches creating harmony and rhythm.

Custom wood furniture is a great investment, it appreciates over time. You will cherish my pieces for many generations. This is heirloom quality and it brings me great satisfaction knowing my koa wood pieces are built to outlast my life span. 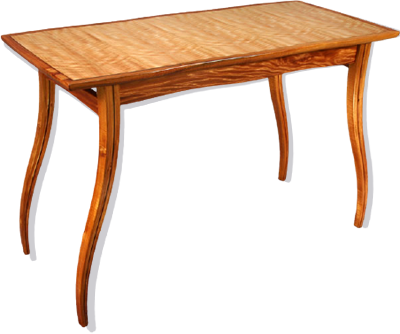 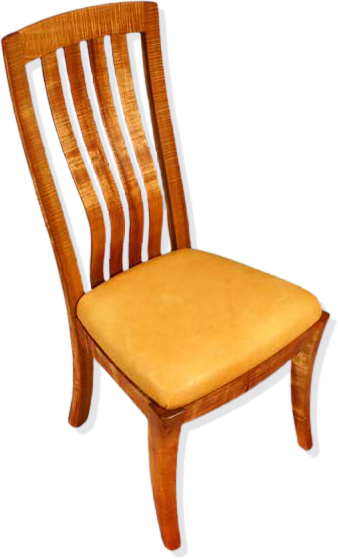 The process of designing a piece takes time, attention to detail, and communication with the client

I start with simple sketches to allow for explorations in form, scale, function. I then move towards a more refined scale drawing or color rendering. Sometimes it helps the collector to visualize the piece in 3D with a scale model.

I also do full size working drawings and with chairs I always make a full-size model to sit in and preview the chair to come. This helps make sure it is comfortable for the client. At this point, we can still make changes if necessary. This also allows for fine-tuning proportions and help give a better idea of what to expect and a chance to see if it is a good fit and comfortable. This full-size model is essential to making comfortable, successful chairs.

It is one of the fastest-growing Hawaiian trees, capable of reaching 6–9 metres (20–30 ft) in five years on a good site.

Its ability to fix nitrogen allows it to grow in very young volcanic soils. Koa and ʻōhiʻa lehua (Metrosideros polymorpha) dominate the canopy of mixed mesic forests. It is also common in wet forests.

The American country singer Taylor Swift with a Taylor acoustic guitar made of Acacia koa wood. The koa's trunk was used by ancient Hawaiians to build waʻa (dugout outrigger canoes), and papa heʻe nalu (surfboards). Only paipo (bodyboards), kikoʻo, and alaia surfboards were made from koa, however; olo, the longest surfboards, were made from the lighter and more buoyant wiliwili (Erythrina sandwicensis).

The reddish wood is very similar in strength and weight to that of black walnut (Juglans nigra), with a specific gravity of 0.55, and is sought for use in wood carving and furniture. Koa is also a tonewood, often used in the construction of ukuleles, acoustic guitars, and Weissenborn-style Hawaiian steel guitars. B.C. Rich used koa on some of their electric guitars as well, and still uses a koa-veneered topwood on certain models.

Fender also made a Limited Edition Koa wood Stratocaster in 2006. Commercial silviculture of koa is difficult because it takes 20 to 25 years before a tree is of useful size. 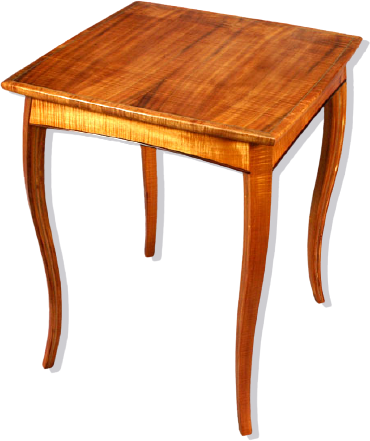